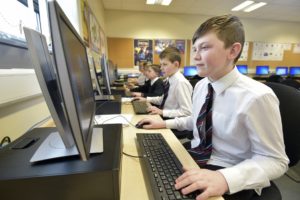 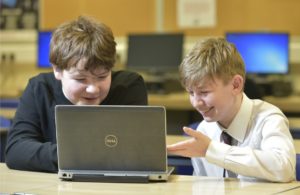 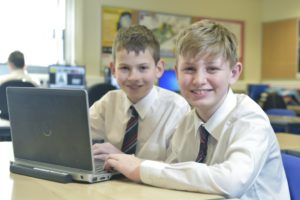 Since January, we’ve been looking at the 11 initiatives supported by Digital Xtra Fund in 2018; initiatives which will engage over 3,200 young people in digital technologies. With projects ranging from coding workshops to designing model Formula 1 cars, from programming problem-solving robots to learning about lighthouses, Digital Xtra Fund has proven the ways in which young people can learn about and be inspired by digital tech are broad and wide-ranging. 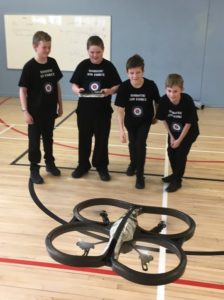 Continuing this diverse range of projects is McLaren High School’s [email protected] Festival. This initiative is aimed at S3-S5 pupils at McLaren High School in Stirling, supporting them to design and build creative STEM (science, technology, engineering, and mathematics) projects which will be presented to industry experts and the general public at the school’s STEM Festival in Summer 2018. McLaren High School is the only secondary school in the Loch Lomond and Trossachs National Park and serves the largest rural catchment area in mainland Scotland.

In 2018, there will be 50 young people taking part, each developing their own project inspired by STEM which they will then go on to present at the school’s [email protected] Festival. Projects are varied and cross-curricular, but all will involve elements of digital technologies. By encouraging pupils to choose their own subject matter and then think creatively about it, pupils are applying STEM concepts to their own interests and hobbies which may not be included in traditional STEM themes or subjects.

Plans being worked up this year include: a collapsible laser harp, designed by a young music-lover where the harp’s strings are replaced by lasers controlled by a Raspberry Pi; a programmable robot hand; an electric skateboard controlled by a single board computer; a programmable infinity mirror; and a project looking at factors that affect facial recall at crime scenes using computer generated composite photos designed by a young person interested in forensics. 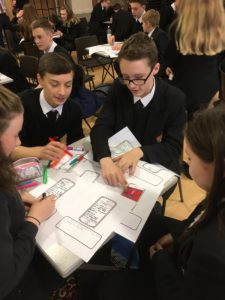 By encouraging young people to tackle complex problems by breaking them down into a series of smaller problems, these projects will teach computational thinking and design as a process. Participants are encouraged to work on their projects primarily in their own time but will also receive support and advice from industry experts and academics, giving them first-hand experience of planning and project management, alongside improving their communication skills, networking, resilience, judgement and decision making.

Martin Macmillan, STEM co-ordinator at McLaren High School said “The [email protected] Festival is all about inspiring the next generation of engineers while delivering vital skills in computational thinking and problem solving.  Working with Digital Xtra Fund has enabled us to break down the barriers that exist in providing extra-curricular activities in a rural area.  It has also helped us target the gender imbalance that exists within the STEM industries, with the Festival having an equal number of female and male participants.  Feedback from our students indicates they recognise that the skills they are learning are applicable to all of their school subjects and are also essential skills that they can carry throughout their life regardless of future career plans.” 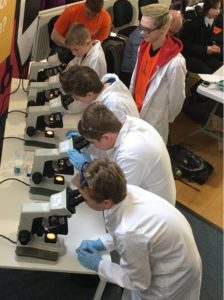 The [email protected] Festival is one of 11 initiatives Digital Xtra Fund is supporting in 2018. This is made possible by our sponsors and funders who contribute to our goal of giving every young person in Scotland access to a digitally creative activity. Find out more about supporting Digital Xtra Fund and inspiring Scotland’s digital future.

McLaren High School’s [email protected] Festival will take place on Saturday 8th September with 50 pupils demonstrating their projects, alongside a robotics competition with teams from 8 Scottish primary schools. You can follow this project on their Twitter feed: https://twitter.com/McLarenSTEM

Digital Xtra Fund is proud to announce a new partnership with Skyscanner, the global travel search engine. Skyscanner’s support will increase the number of digital technology initiatives for young people across Scotland; ensuring even more young people have access to digitally creative activities regardless of their gender, background, or where they live.

Digital Xtra Fund is a Scottish Charitable Incorporated Organisation (SCIO) which supports extracurricular activities that inspire, enable, and engage young people to be digitally innovative and creative while giving them a better understanding of the future career opportunities digital skills provide. 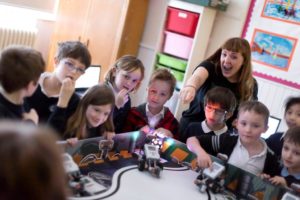 Digital Xtra Fund was originally established in 2016 and funded through the Digital Scotland Business Excellence Partnership whose partners included both public sector and industry representatives. In March 2017, Digital Xtra Fund became an independent charity to enable it to work with a wider range of partners. In it’s first year as a charity, the Fund supported 11 fun and engaging digital skills initiatives across Scotland ranging from coding clubs in rural areas to designing apps and technology for social good.

Skyscanner was launched in 2003 after CEO Gareth Williams felt there must be an easier way to find cheap flights for his upcoming skiing holiday. The idea of Skyscanner was originally drafted on the back of a beermat, and 15 years later, is now used by 70 million people per month. More than 900 staff are based in 10 offices around the world, including in Edinburgh and Glasgow.

As one of Scotland’s leading technology companies, Skyscanner shares Digital Xtra Fund’s ambitions to inspire more young people with technology and have become the Fund’s first Gigabyte Partner. Support from Skyscanner will be included as part of the Fund’s annual grant awards for high-quality digital skills initiatives in Scotland; and will help demonstrate to young people the breadth of exciting opportunities a future in tech can provide.

Michael Hall, Senior Engineering Manager at Skyscanner said, “Our founder, Gareth, took his first steps towards building Skyscanner at the age of 11, when he started learning assembly language with his dad, creating his own basic computer games. We’re delighted to support Digital Xtra Fund and are really excited to play a part in enabling more young people to discover the world of technology, like Gareth did all those years ago.”

Kraig Brown, Partnerships & Development Manager, Digital Xtra Fund said, “We are very excited to welcome Skyscanner as a Partner of Digital Xtra Fund. Support from one of the most well-known and successful tech companies to ever come out of Scotland speaks volumes about the value of working together to tackle the digital skills gap. As they say, many hands make light work and we look forward to working with the team at Skyscanner to help inspire more young people across Scotland.”

Skyscanner is a leading global travel search site, a place where people are inspired to plan and book direct from millions of travel options at the best prices. They are unbiased and free, which means that the 60 million people who use them every month can trust our comprehensive range of flight, hotel and car hire options.  Founded in 2003, they employ over 900 staff, with offices in Barcelona, Beijing, Budapest, Edinburgh, Glasgow, London, Miami, Shenzhen, Singapore and Sofia. Skyscanner is part of the Ctrip group. https://www.skyscanner.net