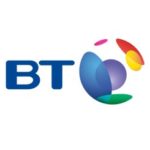 The BT Young Pioneer Award, part of the annual Tech4Good awards, is officially open for nominations. The Award is open to all young people between the age of nine and 18 years old and allows BT to celebrate and nurture ingenious tech ideas and individuals who are transforming society.

The award winners will receive £5,000 of tech to help scale their project, as well as focused session with BT experts, to help develop their ideas and inventions. All of the finalists will receive tickets to explore Bletchley Park, the once top-secret home of World War 2 codebreakers. Young people can submit their entries online, with nominations closing on the 10th May.

Past winners and finalists of the Young Pioneer Award, including Arnav Sharma and Femi Owolade-Coombes, have gone on to become some of the UK’s brightest tech-talent. Owolade-Coombes is today delivering regular coding camps both in the UK and internationally, whilst Sharma is focusing on the development of new products to help people suffering with dementia. BT has partnered with the Tech4Good Awards since their conception in 2011 as part of its vision to empower young people with the digital skills to thrive.

Last year’s BT Young Pioneer Award was scooped by Water Watcher, a group of four young inventors aged between nine and 15 years old, for their device which tackles water wastage due to memory loss, dementia, dyslexia or brain injury. Small and inexpensive, the product can fit onto any tap and uses the vibrations of the water with a timer and alarm system to alert the user if the tap is left running. The device’s potential to save water and prevent flooding has been recognised by organisations such as Thames Water, WaterWise and Alzheimer’s Society.

Last year’s Highly Commended Award in the BT Young Pioneer Category went to Code Camp, a registered charity that was set up by 16-year-old Mahek Vara to teach computer programming skills to children in developing countries. So far it has reached over 70,000 students in India alone, equipping them with invaluable skills and knowledge.

Andy Wales, Chief Digital Impact and Sustainability Officer, BT, said: “‘BT is keen to find and support disruptive new technologies that improve people’s everyday lives. A new world is being shaped and created by the rapid acceleration of technologies, and we need a culture in the UK that celebrates tech for good entrepreneurs, who are at the forefront of making sure no one is left behind. And it’s even more exciting when these new ideas come from young people.”

For further information on how to enter the awards, please visit: