Cracking the code in Scottish classrooms is as easy as ABC

The following Editorial appeared in The Herald on 25 November 2020 as part of their ongoing series about the Future of Education.

Computing skills organisation Digital Xtra Fund’s latest performance results show it is on the way to ensuring those who learn coding early will become the trailblazers of tomorrow. By Andrew Collier

THE world is now digital: technology drives modern developed societies and inhabits every corner of our lives. That presents us all with both a challenge and an opportunity.

As the decades of the 21st century roll on, so IT will penetrate more and more into everything we do. No-one will feel this more than young people. It will shape their careers, their choices and their futures. For this reason, they need to learn about computing skills at an early age. These are now as fundamental as Maths and English.

Scotland has recognised this with the establishment four years ago of Digital Xtra Fund. The charity, which is backed by blue chip business partners including Bailie Gifford and Skyscanner, provides grants to schools and other educational bodies who teach and promote computing. It aims to inspire the next generation to feel comfortable with technology and also to use it for creative purposes.

The fund has just released its performance results for 2019 and it presents an optimistic picture. It provided grant awards totalling £100,000 to 22 schools and organisations. Each individual award was up to £5000 and was used to facilitate engagement by young people with technology and digital skills.

In total, more than 10,400 young people across Scottish local authorities were actively engaged with the programme in 2019. Encouragingly, this figure was 5.1 per cent higher than projected.

The Fund’s Partnerships and Development Manager, Kraig Brown, says: “Overall, we’re really pleased with these figures. What I’m particularly happy with is that 5226 of those involved were girls and young women – that’s over half. It’s notoriously difficult to get females engaged with STEM subjects and especially with technology. Typically, it’s nowhere near 50 per cent. We’ve achieved better than that.” 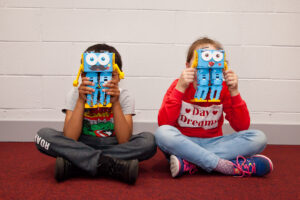 He ascribes this level of take-up to the fact that the Digital Xtra Fund supports extracurricular activities for computer learning.

“There’s a lot of flexibility in this approach. There’s no set criteria determined by a qualifications authority or targets you need to hit. You can tailor the learning to what you think your pupils or participants will like.

“For example, in general girls respond better to collaboration and things that have a positive benefit [to society]. If you tailor the learning to your audience, then you will achieve a larger engagement with young women and other groups underrepresented in the digital tech industry. By doing it through extracurricular activities, you could even have a group made up entirely of girls if you want.”

“Another advantage of extracurricular learning”, Kraig adds, “is that it avoids the issue of class leaders who may be less confident when it comes to their knowledge of computer skills and teaching by the book. They might be comfortable doing it one way, but in technology, things evolve quickly. Extracurricular learning provides more opportunity for outside support.”

What is also particularly interesting about the 2019 results is the age of those participating. It ranges up to 16 but also down to nursery school level. That children should start learning about computers at such a young age is one of the more revealing and fascinating trends to have emerged from the 2019 results.

“That wasn’t necessarily our intention at the beginning when the Fund was created”, says Kraig. “We were thinking in terms of P1 upwards. But educators are realising that learning to code isn’t actually that different to learning to read. You just need the fundamentals first.

“The foundation for coding is logical computational thinking. There’s actually a Fisher Price toy out now that is a robotic caterpillar. It has lights and sounds and youngsters can code it to move from A to B using an app. It’s a basic programme and a three or four year old can use it. It’s incredible. Then once they move up into primary school, it’s not that intimidating or challenging for them to learn proper coding.”

“The kids want to learn and they enjoy doing so. Of course, there are also young people who are not interested in tech or don’t have the opportunity, but it will be much more part of their lives than it ever was for you and I. A lot of them want to see what they can do. If we can at least get them interested in computing when they wouldn’t have been otherwise, then that’s a win.”

Kraig also makes the important point that it is not just about involving the children: the teachers need to be engaged too. “They are the ones who will have a long term impact on how many young people get access to digital learning and get excited about tech.” He believes there is a case for encouraging every university or college in Scotland working in training educators to give them access to BBC micro:bits – simple computing devices that help users learn to code.

Digital Xtra Fund is not alone in promoting extracurricular activities to engage young people in tech. There was also a recognition in the Logan Review published a few weeks ago that extracurricular activity is important. Kraig adds. “I think every single school in Scotland should have a digital club. Obviously that would work better when we’re not in the middle of a pandemic, but even though we are, we can make it happen.

“We now need to think bigger – to put together large projects to engage all young people. And every person entering the teaching profession needs to be confident in using tools such as micro:bit.

“It’s about breaking down barriers, fears and stereotypes too. A lot of the most successful projects I’ve seen aren’t a top-down education approach, but are teachers and young people making the journey together.” 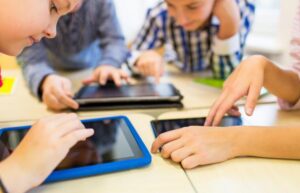 ONE of the biggest initiatives supported by the Digital Xtra Fund is the Apps For Good programme. This uses a series of lessons to teach young people skills related to app development, machine learning and the Internet of Things.

The lessons are designed not just to provide new skills, but also to enable those participating in them to generate ideas and create solutions using technology.

The aim is to tackle real world problems while at the same time bringing about positive change in participants’ lives through their digital, entrepreneurial and creative skills.

One teacher involved, Paul Gallanagh of Dunoon Grammar School, is an evangelist for the Apps for Good approach. “It is no understatement when I say that it has revolutionised our provision over the last few years.

“We have record numbers of pupils continuing their computer science journey with us in certificated courses in our senior school next year.”

And Chris Aitken, who is Computing Science Teacher at Wick High School, comments: “The drive that we saw from the students who really took ownership of the development process was really second to none .”

Another Digital Xtra Fund project, the Mobile Coding Initiative, involved more than 500 primary age children at six schools in Inverclyde. It focused on the provision of coding related hardware and resources as well as guidance and training.

A fund grant allowed the council to obtain tablets and additional hardware. The pilot school for the initiative, Moorfoot Primary, won a Digital Schools Award in 2019. This is a nationally recognised programme encouraging excellence in digital learning in schools.

The school was also selected to represent the Micro:bit Educational Foundation’s work in the UK.

Councillor Jim Clocherty, Inverclyde Council’s Convener of Education and Communities, says that the initiative allows the area to build on its digital heritage, starting with IBM in the 1950s.

“The delivery of coding in our schools is providing accessible and engaging 21st century learning to pupils by staff, who have also developed a new skill set through the training and support they’ve received.”