Inspiring young people into STEM using robotics, coding, and teamwork is the focus of the VEX Robotics Competition, an extracurricular programme where student teams design, build, and code robots to compete in an exciting global engineering challenge set annually by the Robotics Education & Competition Foundation based in Greenville, Texas. The modular robot kits and variable challenges also promote skills such as creativity, problem-solving, and computational thinking while teaching students about the design process.

Leading the charge to grow this global initiative in Scotland is an exciting collaboration between the Faculty of Computing & Creative Industries and the Faculty of Engineering & Automotive at New College Lanarkshire in partnership with VEX Robotics and secondary schools in North Lanarkshire. Digital Xtra Fund is proud to support New College Lanarkshire to help grow this thrilling activity as one of the 11 initiatives funded in 2018. 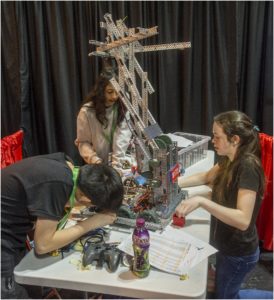 The study of robotics links to all facets of STEM and New College Lanarkshire have developed an exciting programme that encourages young people to learn through exploration via hands-on, problem-based learning experiences. This year, 38 young people aged 12-16 from Lanarkshire have taken on the challenge of becoming robot designers adopting the roles of computer programmers, CAD designers, engineers, and robot pilots.

Paul McKnight, Head of Operations at VEX Robotics Europe said, “We are hugely appreciative of the support from the Digital Xtra Fund in helping to grow the cluster of schools working with New College Lanarkshire. Each year we see the level of competitiveness grow as the knowledge and understanding of the students increases. Together Digital Xtra Fund and New College Lanarkshire are helping to inspire Scotland’s next generation of STEM leaders.” 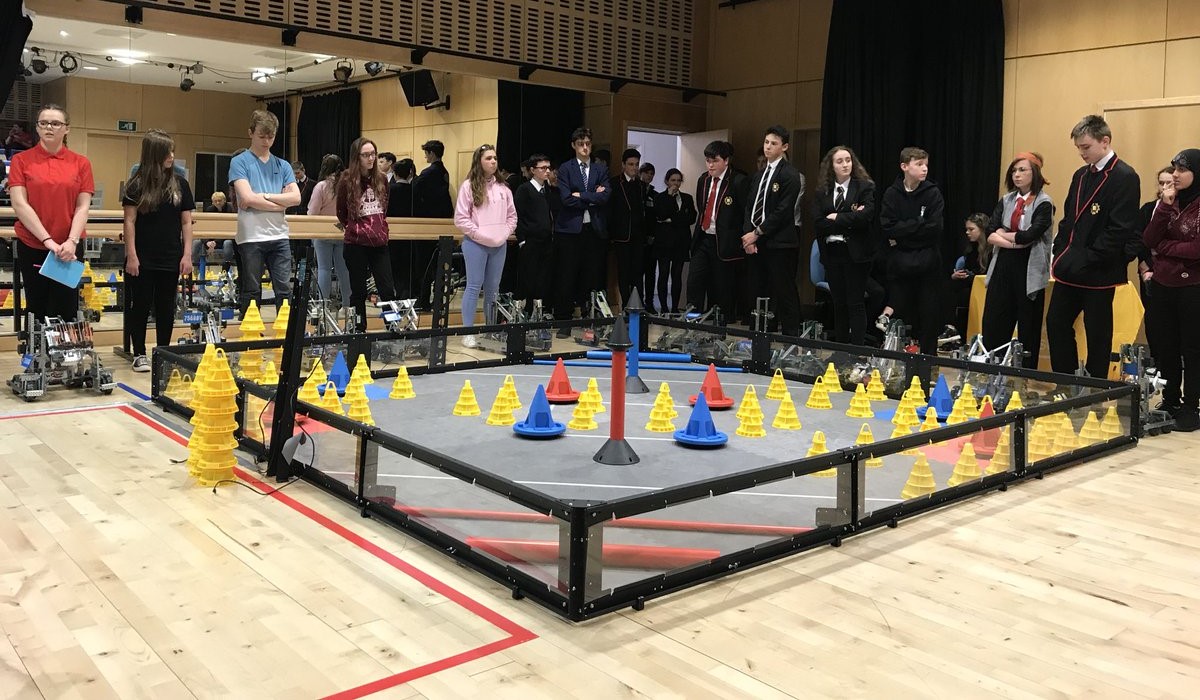 These young robot-engineers recently got a chance to show off their creations and celebrate their new digital skills at the VEX Robotics Scottish Regional Finals on 2 February at the New College Lanarkshire Motherwell Campus. Teams competed in 2018’s ‘In The Zone’ challenge accumulated points by stacking cones, scoring goals and parking robots. Coding was key to maximising points as the robots also operated autonomously for the first 15 seconds of each round, giving teams the chance to earn even more points. The two highest scoring teams were the Alliance of Koala-T from Braidhurst High School and Jamie and the Generics from Airdrie Academy with each of these teams qualifying to compete in the UK National Championships on 2-3 March in Telford. 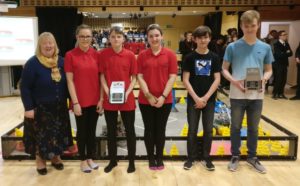 Koala-T were also winner of the Regional Design Award, judged this year by Digital Xtra Fund. The Design Award is presented to the team that best demonstrates an organised and professional approach to the design process, project and time management, and team organisation. During the robot’s design process teams must maintain an Engineering Notebook, documenting the progression of their robot from initial idea through to final testing. This helps the teams better understand the engineering design process while also practicing a variety of real life skills that will benefit in their academic and professional futures. As well as competing in the UK National Championships, this win also gives Koala-T opportunity to compete for the Design Award at the National level too!

In addition to their Regional Competition and Design Award wins, Koala-T team member Melissa Rodger also recently won The Diana Award for her work with young people engaging and exciting them in engineering, especially young girls. The Diana Award is a legacy to Diana, Princess of Wales’ belief that young people have the power to change the world. Through her love of science, Melissa has devoted her lunchtimes and evenings to lead a robotics club for younger, more vulnerable pupils within her school, creating a fun and welcoming learning environment. Her physics sessions are now so popular that there is a waiting list of pupils who want to join. 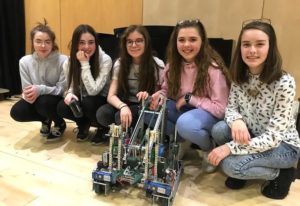 Encouraging more young women to engage in STEM and computing science is a key aim of this initiative overall. Evidence of New College Lanarkshire’s success is apparent simply by the number of young women taking part, but it is exemplified by Power of 5 – the first all-female team from Airdrie Academy who also reached the UK Finals last year and were runner-up for the Design Award at this year’s Regional finals with their robot ‘KJ’. The team named their robot KJ after the iconic NASA mathematician, Katherine Johnson, whose computations have influenced every major space program from the Mercury missions through to the Space Shuttle, and who was the focus of 2017 film Hidden Figures, the untold story of female African-American mathematicians working at a segregated NASA during the 1960’s. 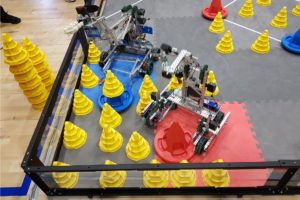 Unfortunately, disruption across UK train services caused by the “Beast from the East” winter storm  has meant Koala-T and Jamie and the Generics are unable to attend the UK National Championships later this week in Telford. Both teams are understandably disappointed as they would have loved to attend. However, Digital Xtra Fund would still like to congratulate both teams on a job well done at the Scotland event and best of luck in the future. You can follow @NCLANVex on Twitter for the latest updates as well as updates on future tournaments.

Digital Xtra Fund’s annual grant rounds, which support New College Lanarkshire’s VEX Robotics programme and many other inspirational projects, are made possible by the valued support of Scotland’s tech industry, supplying sponsorship, donations and in-kind support that all go towards our goal of giving every young person in Scotland access to a digitally creative activity. Find out more about supporting Digital Xtra Fund and inspiring Scotland’s digital future.